why use orthigalums in your interior office work place? 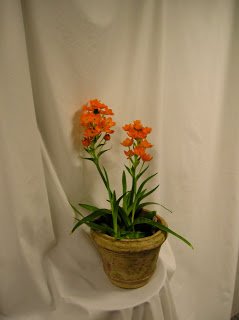 The chincherinchee is also known as Ornithogalum. The Greeks used the term “bird’s milk” ornithos (bird) and gala (milk) to describe something incredible, hence one of their common names is “Wonder Flower” or “Star of Bethlehem”. The South Africans know them as “tjenkenrientjee” which is where the odd English name chincherinchee comes from. Sometimes are called a “florist’s nightmare” because they have such a long vase life. They can easily last a whole month, and it will be a while before anyone has a need to return to the florist.Their flowers, bell and star-shaped, are showy and sometimes very fragrant . They bloom individually in circles carried at the top of leafless stems, and usually white but also yellow and orange.The best known is Ornithogalum thyrsoides. Ornithogalum umbellatum has larger star-shaped white flowers and narrow leaves. This variety’s most eye-catching feature is the beautiful green stripe on each flower.

Ornithogalum thyrsoides is native to South Africa and the Ornithogalum umbellatum is native to the Mediterranean, and all varieties are available all year round. They belong to the Liliaceae (lily) family and grow from bulbs. PDI uses these flowers in our weekly flower programs in our N.E plantscapes.