Why use opuntia cacti in your office plantscapes? 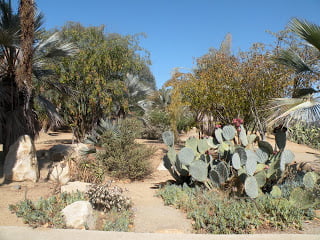 Indoors, Opuntia cactus can be grown in pots but they generally don’t grow to more than a few feet tall. They do best in full sunlight with very little water. No cacti likes to be over watered and they will rot if they remain in saturated soil. Water sparingly and improve soil drainage in areas that receive a lot of rain. My cactus lets me know when it needs water with thin pads and droopy tips. One year we got over 20 inches of rain and the pads swelled up with so much moisture they broke off under their own weight.

We at PDI are currently using opuntia cacti in our downtown Boston cityscapes Boston,Ma.
Also called Prickly pear cacti, opuntias typically grow with flat, rounded platyclades that are armed with two kinds of spines; large, smooth, fixed spines and small, hairlike spines called glochids, that easily penetrate skin and detach from the plant. Many types of prickly pears grow into dense, tangled structures.
Like all true cactus species, prickly pears are native only to the Western hemisphere; however, they have been introduced to other parts of the globe. Prickly pear species are found in abundance in Mexico, especially in the central and western regions. They are also found in the Western United States, from arid regions in the Northwest, throughout the mid and lower elevations of the Rocky Mountains, and especially in the Southwest. Prickly pears are also the only types of cactus natively found to grow far east of the Great Plains states, as far northeast as Long Island, where it can be found in Northport.
Prickly pear species were introduced into Australia in the late 1800s, causing major ecological damage in the eastern states. They are also found in the Mediterranean region of southern Europe, especially on the island nation of Malta, where they grow all over the island, and can be found in enormous numbers in parts of South Africa, where it was introduced from South America.
Plantsape Designs Inc. of Boston, MA uses these cacti in your cold unheated entrance ways when no other tropical plant can survive.
Opuntia are the most cold-tolerant of the lowland cacti, extending into western and southern Canada. Prickly pears also produce a fruit that is commonly eaten in Mexico, known as “tuna”; it also is used to make aguas frescas. The fruit can be red, wine-red, green or yellow-orange.
Charles Darwin was the first to note that these cacti have thigmotactic anthers: when the anthers are touched, they curl over, depositing their pollen.