What Wal Street has to say about interior office plants. 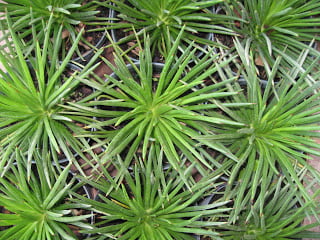 This is an article reproduced, in part, to share and illustrate the importance of live green interior office plants in your Boston office work place.
THE WALL STREET JOURNAL.
TUESDAY, MARCH 15, 2011 © 2011, Dow Jones & Company, Inc. All Rights Reserved
A Superhero Scrubs the Air: The Mighty Houseplant
BY GWENDOLYN BOUNDS
The humble houseplant is on the attack. Building on NASA experiments for air purification in space, scientists are pinpointing plant species—from the peace lily to the asparagus fern—that are particularly skillful at cleaning indoor air of pollutants that can cause a range of health problems.
A growing body of global research is showing plants can reduce dust particles and contaminants, such as formalde- hyde and benzene, that come from cigarette smoke, paint, furniture, building materials and other sources. Big growers such as Costa Farms, based in Goulds, Fla., and retailers Lowe’s and Home Depot now sell plants with tags promoting their air-cleaning abilities.
“The advantage of plants is you can sometimes solve your problem with $100 of plants or propagate your own,” says Stanley J. Kays, a horticulture professor at the University of Georgia, which is spearheading plant research with scientists in South Korea. In addition to stud- ying existing plants, researchers there are trying to see if certain species could be bred to create super-efficient air cleaners.
Interest in plants as air purifiers—what’s called “phytoremediation”—comes amid mounting concerns about the quality of indoor air. People spend more than 90% of their time inside, where levels of a dozen common organic pollutants can be two to five times higher than outside, according to the Environmental Protec- tion Agency. Associated health problems range from headaches and asthma to respiratory diseases and can- cer. The agency says it is particularly concerned about air quality in homes that have taken steps to be more energy- efficient by adding insulation and other weatherization techniques.
That could be changing. Studies conducted over the past five years by the University of Technology, Sydney found that small groups of the Janet Craig and Sweet Chico plants placed in offices with high airborne concentrations of volatile organic compounds consistently reduced total VOC levels by up to 75%. Reductions to negligible levels were maintained over the course of five- to 12- week periods studied. “Potted plants can provide an efficient, self-regulating, low-cost, sustainable bioremediation system for indoor air pollution,” researchers concluded.
In another study at Washington State University, dust was reduced as much as 20% when a number of plants were placed around the perimeter of computer lab and small office for one week.
Margaret Burchett, a professor who led the Sydney studies, estimates that six or more plants in a 1,200- to 1,500- square-foot house could achieve note- worthy contaminant reductions. At work, “if you have a couple of nice plants sitting on your desk, it will help purify the air you breathe,” says Bill Wolverton, author of the new book “Plants: Why You Can’t Live Without Them,” and one of the NASA scientists who studied plants.
Indoor-air pollutants come in two primary forms: particle pollution, such as dust, pollen, animal dander and smoke, and gaseous pollutants such as VOCs that are emitted from sources such as building materials, dry-cleaned clothing and aerosol sprays.
Plants clean the air, researchers say, primarily by absorbing pollution through small leaf pores called stomata.
That’s why researchers see opportunity for indoor plants, which are inexpensive and relatively easy to find and maintain. In 2009, UGA scientists identified five “super ornamentals”—plants that showed high rates of contaminant removal when exposed in gas-tight glass jars to common household VOCs, such as benzene (present in cigarette smoke) and toluene (emitted from paints and varnishes). They are: the purple waffle plant, English ivy, asparagus fern, pur- ple heart plant, variegated wax plant.
At Plantscape Designs Inc.we use the most efficient air cleaning interior live green office plants that we can obtain and design place these plants within your Boston Waltham Ma. office work place.