What is Botany and Art? 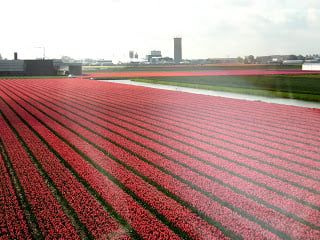 1. If tulips were so rare, how did everyone know so much about them? Centuries before the internet or television, all goods for sale were rendered in catalogs full of drawings or, in some cases, paintings. The tulips of the 17th-century Holland were immortalized in detailed full-color paintings which stoked the fires of the mania that would follow.
2. With tulips at the heart of the zeitgeist, all the Dutch masters painted at least one or two still lifes featuring the species, including like Ambrosius Bosschaert the Elder’s depiction of a bouquet with both Semper Augustus and a Viceroy in a single vase – a pairing that would have made for an extremely expensive arrangement in real life.
3. Judith Leyster, one of the few female masters of the Golden era, almost exclusively focused on portraiture and vivid human tableaux, though she largely eschewed still life, she agreed to paint several pieces for a tulip book, pieces so acclaimed for their depth of color and rich detail that one of them hangs in the Frans Hals Museum.
4. But at least one artist made tulip-painting a vocation, not an exception. Capitalizing on the tulip craze, Jakob Marrel created watercolor after watercolor depicting various tulips in bloom, making a good part of his living for several years this way.
5. Marrel had access to perfect models because his stepdaughter, Maria Sibylla Merian, was a well-known botanist and, under his tutelage, a painter herself. In three years, he created six tulip books, each 50-80 pages. Marrel’s painting were vivid and precise, though also adorned with whimsical flourishes such as a dragonfly flitting by or a butterfly rising out of a blossom.
6. Soon enough, tulip paintings like Marrel’s became sought out by art collectors. As a result, very few of the 43 recorded tulip books are left intact. The individual artworks are scattered among museums and private homes around the world, masterpieces that many viewers might not guess originated in catalogs.
7. Only two complete tulip books remain, one in a private collection, and the other – one of Marrel’s – at the Rijskmuseum in Amsterdam, which displayed it just this year for one of its only public viewings ever. Today, it is not tulips themselves that are most rare, but the Golden Age masterpieces they inspired.
At Plantscape Designs Inc we continually apply flowering “Living Arrangements” near or around your Boston, MA interiorscapes and corporate art work.